In this post I’m going to offer up some not so tapped niche market dating site ideas that you can use. While these niches might be created already, you can change them up a bit with a different twist. For each site below I’ll show you how adding a twist can add more relevant traffic to your niche dating site. 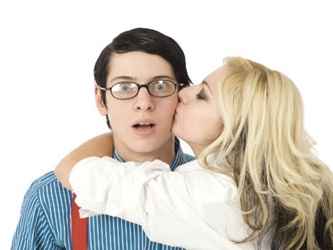 The best thing about starting a Nerd Dating Site is that you’re probably already technical so a lot of things will come easy for you, tech wise. The second best thing is that you get to run an online business that resolves around your hobby. Maybe you’re into computers or electronics and maybe you’re single or you’re married.  Doesn’t matter because if you’re of the nerd kind then a dating site business might be up your ally.

If you’re a senior and you’re looking to start a niche market dating site then don’t just start a senior dating site, start one that revolves around a couple things like wine and tattoos or wine and cats or travel and hats. The possibilities are endless here.

Don’t focus on one market. Maybe you could start two senior dating sites. One for seniors who love wine in your home state and another site for seniors who love to travel in your home state. Don’t settle for just one thing. The most successful niche market dating sites have more than one site. For example, CupidMedia owns over 30 different niche markets and so can you. A friend of mine owns over 200 different niche market dating sites. Why? Because if one site brings you $3000 per month guess what 200 of them can bring you?

Disclaimer: We’re not saying you’re going to make that much money but there are some that do.

I know it sounds morbid but in the world of business, nothing is off limits. Well, some things are but this is not one of them. Widowers are people too and they need love even if the one they loved has passed on so yeah, they need dating sites too and your job is to create those dating sites for them to use.

The numbers when it comes to widowers are huge. Just in the US the number of female widowers per year is over 700,000. That’s a lot. Combine that with just 3 years and you get over 2 million female widowers in the US. Not to mention the numbers of men that are widowed. It’s huge!

So don’t sit by and wait for others to do it, start a widower dating site today and turn it into a super niche. The same rules apply when starting a niche. Maybe there are widowers out there that love travel, wine, motorcycles, golf, gokarts, hiking, eating and the list goes on and on. Start a widow dating site geared towards these super niche categories and dominate that market.

In this section I’m going to highlight the game FortNite and yes, you could start a dating site for the people that play FortNite. Why? Because a whopping 250 MILLION people play that game. Think some of them are single? You betcha!

Starting a gamer dating site around a specific game is such a great idea. You simply need to find a game that you’re into and search for the number of people that play it and start that dating site and then market to those gamers. I hate to keep repeating it but again, the possibilities are endless when it comes to creating a gamers dating site.

There are gamer dating sites out there but most are not super niche so get all super niche on it and rock it out!

Other types of niche market dating sites you could start include farmers dating, golf dating, hiker dating, nature dating (Not dating trees, yuk), wine lovers, smokers and the list goes on and on. If you need help creating a niche, contact us and we’ll help you create one.

Don’t wait until someone else takes your idea because first one out the door will do so much better. Don’t be a year down the road kicking yourself for not launching a niche market dating site a year earlier and remember, those that put in the time and effort will reap the rewards!