Another question that we get pretty often is what is the future of online dating. A great question and one that gets asked every year. To answer the question we need to explain a bit about online dating and the journey it’s been on for the last 20 years.

What Is Dating Software?

Dating software is a piece of software that allows you to start a dating site like match, eHarmony, FarmersOnly and others. Members can find other like-minded people and communicate and hopefully create a match. 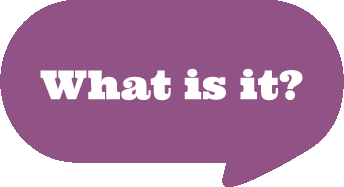 The Progression Of Dating Software

Over the last 20 years there’s been a bit of a transformation in the dating software. Back in the early 2000’s you didn’t have responsive designs or dating apps. In fact if you were to look at some of the dating sites that were being pushed out back then you’d probably turn your nose up at them simply because of the early web 1.0 designs that were being pushed out but with the advancement of coding that was going to change. Enter the rise of mobile users.

During the early 2000’s more and more people were getting in on smart phones. Phones that had web browsers but the issue was that websites were not responsive. It meant that if you viewed a dating site the pages would slide left and right and would not fit on the mobile phone. Enter Responsive Design.

Responsive Design meant that if a dating website was responsive then it would adhere/fit on any mobile device whether it be iphones, android, ipads, tablets, laptops or desktops. The whole idea here was to capture as many users as you could and with responsive design you did just that. That’s not leaving money on the table!

Social Dating was also just starting out back then and that was a dating site that offered social community features like Groups, Forums, Classifieds and more but what those types of sites didn’t know was that social dating, like Vine, was just a fad. People who were visiting dating sites didn’t want to be on a community. They wanted to find someone to fall in love with so social dating didn’t last very long.

While back in the 2000’s you had mainstream dating sites like match, matchmaker, pof and others, they didn’t cater to people looking for specific types of people so niche market dating sites were born. Sites like jDate, FarmersOnly, ThaiCupid, ChristianMingle and others were popping up. They knew that people were different and wanted to cater specifically to those people so the niche sector was created.

Fast forward 15 years and the same is true, people are looking for specific dating sites, not so much generic dating sites. Don’t get me wrong, generic sites like match.com have their place but a majority want something they’re into.

About 5 years ago mobile dating apps were popping up all over the place. They were huge but in the last year the desire for a dating app has waned. Dating site owners are starting to understand that dating apps can create less registrations. This is because the onboarding process for a dating app uses more steps to get someone registered.

You have to find the app, download the app, install the app, launch the app, register and login whereas a responsive design can onboard someone in about 3 steps and with the attention span of mobile users these days being shorter, the less steps you can create to onboarding someone will create more registrations for your dating site and more registrations means more revenue.

Over the last 20 years dating sites and dating software has changed. The needs and wants of the users have changed so the future of online dating is responsive design, super niche market sites to find exactly what they’re looking for quickly. Dating site users want dating related features and they want them fast. You either provide that to them or you get passed up by the next dating site.